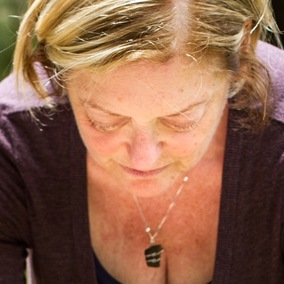 To the Middle East and back again.

In 1973 I boarded a boat from the UK to Israel. The boat stopped in a place called Kusadasi on the Aegean coast of Turkey. I took one step on Turkish soil and said to myself, I'm coming back to this place one day.

Nearly 30 years later I returned to Turkey. And I’ve been here ever since. This is no surprise. Turkey, with its unrivalled hospitality, its easy-going lifestyle and fantastic food, has a habit of entrancing visitors. Once they've checked in, no matter how hard they try they inevitably find they can't leave. It's the Middle East's answer to Hotel California.

And talking of California . . .

So where was I in the thirty years between that boat trip to Israel and my return? After a two wild years on the Kibbutz in the early seventies,  me - British born and bred - emigrated to the US, where I eventually settled in the Bay Area, Oakland. It was here that my long therapeutic adventure began.

Starting with my own in depth personal growth work, I then transitioned into more complimentary modalities. Eye movement desensitization and reprocessing (EMDR), hypnotherapy, Ortho-Bionomy and CranialSacral therapies were all steps along my personal healing path. These were followed by thirty years of Acupuncture, Yoga, Acutonics®, Reconnective® Healing, Movement and Qigong.

When I finally returned to Turkey, the transition to facilitator of healing and change began. Returning to the Bay area on a yearly basis, I began to study Acutonics®, Sound Healing and CranioSacral in depth. As well as my inner-world travels, I continued my international journeying, taking Qi gong courses in China and Thailand with Francesco Garri Garripoli and Daisy Lee.

After establishing a successful Acutonics® practice in Antalya, Turkey for nearly ten years, in 2013 I sensed things were changing again. It's time to return to the land of my own healing journey and give back.

The HUM is my one woman labor of love - a space where sound resonates and chimes . The Acutonics® tuning forks connect, guide and entwine each person who crosses the HUM’s threshold in a cocoon of planetary songs activated within the realms of Chinese medicine and Planetary science. They allow us, and animals too, to reach into the deepest pockets of our inner story, to re-connect open and bring to the surface that which aches to be told.

My role is to hold the space in the form of change facilitator and ‘healer’.

I currently share my time and the HUM between Fort Collins, Colorado and Turkey.